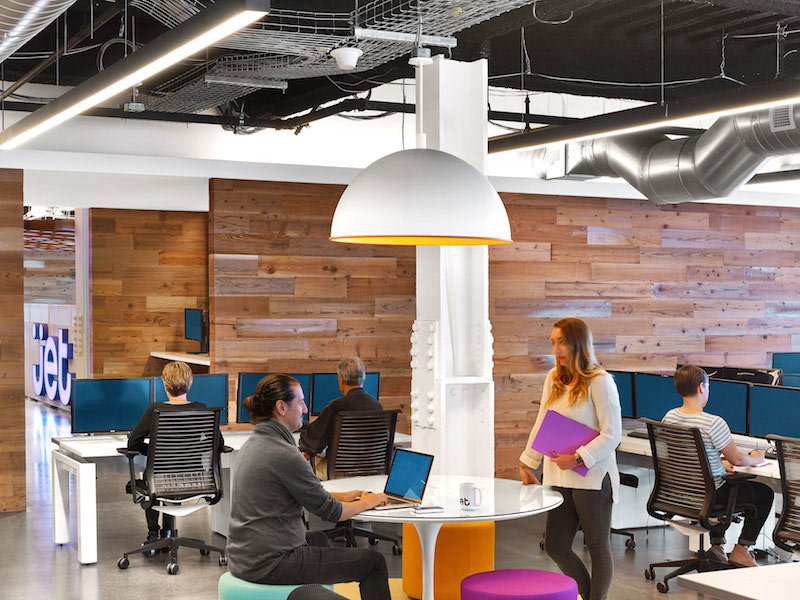 They say that passion is that secret ingredient that transforms an average person into a fearless leader.

But what is passion?

Etymologically, passion comes from the Latin word paseo, which means suffering, but in practice the concept of passion has different uses and interpretations. It is the action of suffering, which supposes a disturbance or disordered affect of the mood.

In another sense, it is known as passion the vehement fondness towards something and the very strong inclination towards another person or activity, be it work, sport or an idea.

In this article we are going to refer to passion as that very intense feeling for an activity. And certainly passion for work should not be confused with passion for money.

According to Steve Jobs “People with passion can change the world for the better”. And it is that Jobs stood out for the passion he put into his work and for his ability to communicate it and mobilize the people who worked with him.

After all, when he returned to Apple (he had been kicked out of his own company) after a 12-year absence, the company was virtually bankrupt and aimless. Jobs infused a new passion into the group and took the company forward.

However, in a recent article by Dina Gerdeman for Harvard Business School, the author says that passion also has a dark side that can turn people off and even make them feel threatened. Let’s see what it is.

Passion can be intoxicating

When a person expresses passion for an idea at the right time and in the right context, this intense positive energy can act as a gravitational pull that draws others into investing their time and support, ultimately contributing to the idea’s success.

According to Richard Branson, founder of the Virgin Group, “Passion, like a smile, is contagious. It sticks to everyone around you and draws enthusiastic people into your orbit.”

And to answer it, Harvard professor Jon Jachimowicz and a team including Christopher To of Northwestern University, Adam D. Galinsky of Columbia Business School, as well as Shira Agasi and Stéphane Côté, both of the University of Toronto, designed a series of six studies to better understand how passion works in the workplace.

The resulting document, The Gravitational Pull of Expressing Passion: When and How Expressing Passion Elicits Status Conferral and Support from Others, was published in July 2019 in the journal Organizational Behavior and Human Decision Processes.

In the first study, the team collected data from the Canadian television show Dragons’ Den, in which 177 entrepreneurs pitched their ideas and products to a panel of five investors, called dragons, to solicit support. Would high passion presentations attract more investors?

The research team found that entrepreneurs who were more passionate about their projects received more offers. In fact, just a slight increase in the amount of passion expressed created a 40% increase in the probability of getting financed.

“When we see someone who is passionate, we often take it as a sign of competence and future success. As a result, we offer support to that person,” says Jachimowicz.

Sometimes passion is not appropriate

But at the same time, the team discovered that passion doesn’t always work. In a second study, participants watched Dragons’ Den videos and rated how passionate entrepreneurs sounded. Investors were more inclined to open their portfolios to entrepreneurs who authentically expressed their passion.

However, entrepreneurs who did not express genuine passion did not win as much support from investors.

“Is this a situation where expressing passion is appropriate, and if so, how can I express passion in a way that is valued positively?” Jachimowicz wonders.

Passion doesn’t work for some jobs

Passion can also backfire in certain positions more than others. A third study compared people with two different jobs who expressed a passion for their accountants and consultants. All 64 participants said it was appropriate for consultants to express their passion, but not accountants. One participant stated that “accountants must remain stoic and unemotional.”

“It could have to do with the sense of objectivity that people expect from certain jobs,” says Jachimowicz. “We want our teachers to be passionate and thirsty for learning, but we want our accountants to work diligently. We want passionate lawyers, but not passionate judges.”

“IF I AM A LEADER IN A COMPANY OR TEAM, JUST EXPRESSING PASSION WILL NOT NECESSARILY MAKE PEOPLE AGREE WITH ME AND HELP ME SUCCEED.”

But passion also has a cultural component.

To understand the importance of the cultural code, I suggest you read again: Neuroscience applied to marketing.

Jachimowicz, who is of German origin, learned firsthand how important a certain job is for passion to be considered acceptable.

The German word for passion, “Leidenschaft,” literally translates to “one’s ability to endure hardship,” so German workers may be more likely to express their passion quietly, bowing their heads, working hard, and being persistent.

But that behavior worked against him when he moved to the United States, where his quiet determination led his American colleagues to question whether he had enough passion for the work. “That made me realize that cultural context matters, and passion is only beneficial if others can see it.”

There is another caveat to consider, according to the researchers. People will only support passionate colleagues if they agree with their cause.

When participants in a fourth study read about workers passionate about environmental issues, only participants sympathetic to those views showed admiration. The others turned their backs on him.

So Jachimowicz advises: “If I’m a leader in a company or a team, just expressing passion won’t necessarily get people to agree with me and help me succeed. Maybe I should work on getting everyone on board with the finish line first.”.

Worse yet, passion can be toxic in competitive situations. “Passion can be a glue that binds others together, but it can also serve as a gasoline that inflames the feelings of the competition,” says the newspaper.

In a fifth study, where participants imagined they were competing against a co-worker for a promotion, participants not only refused to support an impassioned co-worker but saw them as a threat.

“The moment a zero-sum environment is established, the expression of passion becomes a poison in the workplace,” says Jachimowicz. “If two employees are competing over something, one may try to undermine the other.”

Expressing your “inner fire” in a job interview can work in a candidate’s favor, but the candidate should also be aware that in certain situations, they may not seem very lucky. For example, if I’m the hiring manager, what if I think this person is going to come for my job in three years?

One piece of advice Jachimowicz has for job candidates, as well as for all workers: Never fake passion if you don’t feel it.

“People are very good at detecting false passions”, He says. “Even if I can fool you once in an interview saying that I really want to work here, I can’t fool you for the next six months at work. And once people find out you’re not passionate, they feel cheated. When people express passion in the workplace, it should always be authentic and genuine.”

Expressing passion for an idea at the right time and in the right context can unleash immense positive energy. But people detect when the passion is false or exaggerated and punish those who fake it.